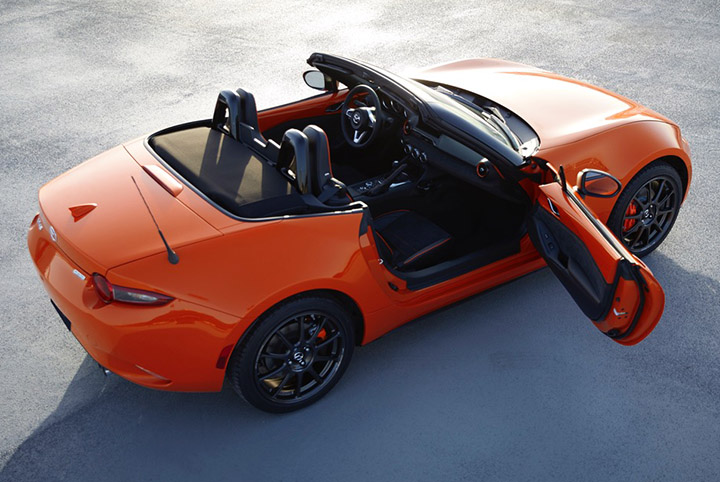 The Mazda MX-5 was launched back in 1989 as the Miata, a name that has stuck with many enthusiasts some years after Mazda adopted alphanumeric designations for its products. The little roadster was developed by a group of people within Mazda who all nursed an admiration for British sports cars of the 1950s and 1960s. The original car had pop-up headlights and looked remarkably like a Lotus Elan of post war decades. The car was an immediate success and can now look back at over 30 years of production. One of the selling points with the Miata from the start that it encompassed all the best aspects of British sports cars like Triumphs, MGs, Sunbeams and the like without the leaky roofs and unreliable performance. It was, to sum up, “a British sports car that worked.”

The iconic MX-5, which has seen little radical change over the decades, is listed by the Guinness Book of World Records as the best-selling ever two-seater sports car. It still retains the classic front engine/rear drive configuration that characterized just about all sports cars back in the day and has always used a 4-cylinder engine. Mazda fans always resisted the idea of a V-6 power unit and today, high-performance fours have taken over the segment anyway and are used even in quite large cars. 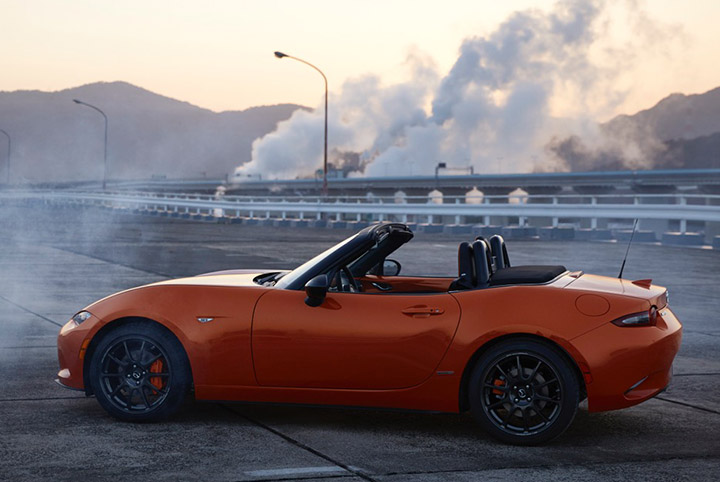 Over a million MX-5s have been produced and many of the original ones can still be seen, often proudly displaying collector plates. It’s a classic sports car by any standard and is likely to stay that way.

Changes over the years have been gradual rather than dramatic, though the latest bodywork has a nicely sinuous look about it. Each year, the car has gotten a little better so it’s fair to say that the 2020 example bears almost no resemblance to the old Miata under the skin. It’s lightweight, nimble and great fun to drive.

The 2020 model uses a Skyactiv-G 2.0-litre engine developing 181-horsepower at 7,000 rpm. Buyers can order either a six-speed manual or a six-speed automatic transmission (a no-cost option). The manual box is a joy to use with its short, stubby, shift lever and most fans will tell you that’s the only way to get this car. As with so many vehicles, the MX-5 is available in various trim variants but the basic car has just about everything most drivers will need. 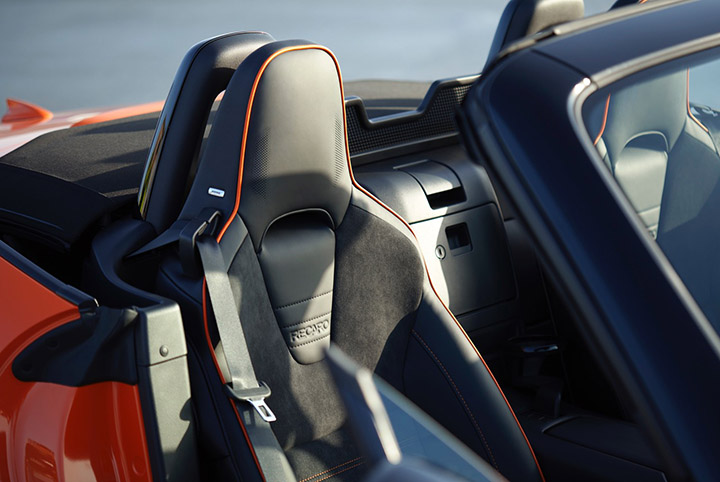 The cockpit is snug, but the driver really does feel part of the car. Because you sit low in the car, the MX-5 always seems to be going even faster than it is, which is all part of the fun factor. Over the years, numerous safety and stability technologies have been added so the car is easy to drive and as safe as you’re likely to be in a sporty two-seater. The car also has all current connectivity systems for electronic devices.

The price has expectedly risen over the years a long way beyond its original $14,000 or so but 30 years is a long time. It now costs over $30,000 but frankly, you could pay three or four times as much for a sports car and not have as much fun as you will in an MX-5.

SPECS AT A GLANCE…